POSSIBLY THE WORLD’S MOST UNIQUE ENTERTAINER

Adam Night presents for you, comedy stage hypnotism at it’s best! a stunning combination of the mystery and fascination of hypnosis subtly combined with the hilarity of an outstanding comedy show. 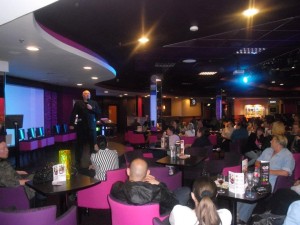 Is a fusion of the ancient and mystic arts of hypnosis and modern cutting edge comedy and entertainment skills.

He has been received around the world to great acclaim, when he brings his comedy hypnotist show to town you are guaranteed a treat.

His main priority is to deliver value for money and this is reflected in the fact that he is currently achieving over 75% return bookings – His audiences just can’t get enough of his comedy talents!

Adam always tries to price every show as competitively as possible, every show enquiry will be judged on it’s merits and reflect the time and travelling expenses required to do it. Adam may not always be the cheapest, but will probably be the best value for money! It is always worth remembering that cheapest is not always the best. It is worth taking references and watching videos of any hypnotist show you are considering, because not all hypnotists are suitable for every venue.

During his fully self contained show, Adam invites volunteers from the audience on stage with him, hypnotises them in a matter of seconds, then gets them performing the most outrageous and topical things. 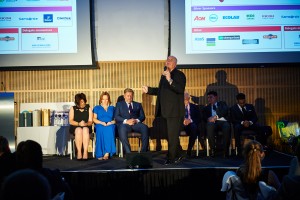 WHERE CAN THE SHOW BE PERFORMED?

Adam has performed for small, intimate groups as small as 15 people, in their homes and on large public stages for audiences as large as 3000+.

The only requirements for the show are a 13amp power supply, a flat surface to work on and some chairs! (Oh and some volunteers!)